Pennsylvania employees have the right to review files held by their employers that contain information about themselves pursuant to Pennsylvania’s Personnel Files Act. The Act has generally been applied to current employees. The ability of a terminated employee to review their personnel file remained unclear until the Commonwealth Court recently provided some additional guidance.

In Thomas Jefferson University Hospital v. Department of Labor and Industry, (No. 2275 C.D. 2014 (January 6, 2016) the court permitted a terminated employee to review her personnel file when the request was made one week after her discharge. The court cited the express intent of the Act to permit an employee to review his or her personnel file to determine the reason for discharge and held that “a recently discharged employee” must be afforded rights under the Act.

The court’s opinion appears to rest on the portion of the Act allowing a terminated employee to investigate the reasons for discharge. Left unanswered is a clearer definition of “recently discharged”. In its opinion, the court mentioned a prior case in which a request to inspect two and half years after discharge was denied. The court did not comment negatively on that case. So long as the request to inspect is not too far removed from the termination date, it appears that this court’s opinion signals an intent to allow requests that further this express intent of the Act. Further clarity on this topic will be left to future cases. 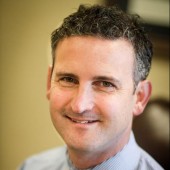